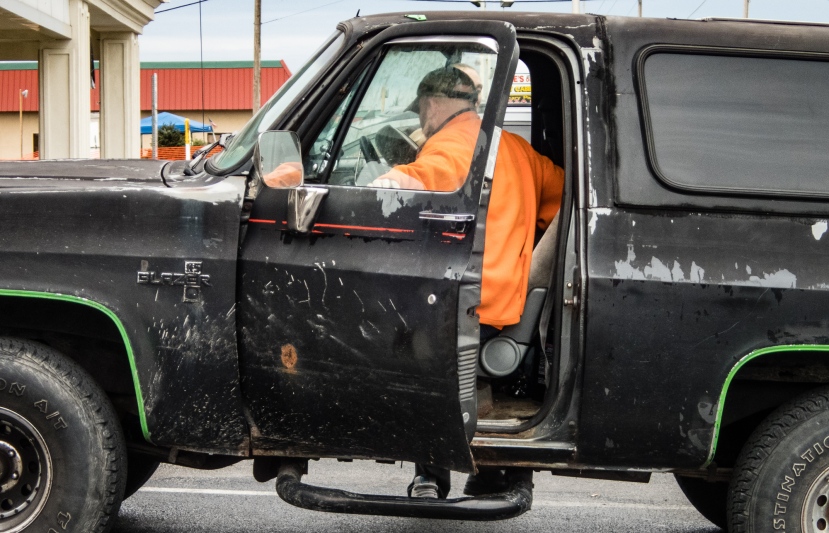 I know it has been a while since I last posted anything; but my PC went down and I decided to buy an Apple MacBook Pro and all newly updated software in addition to my recently acquired Apple iPad.  I am now up and operating on my new computer; but, I am still working my way through the differences between Microsoft and Apple operating systems, and between a standalone version of Light Room and the CC version of it and PS, and between my old Microsoft Office and Office 365, and between using a mouse vs. the Mac touch pad.  In addition, I rearranged where things are in my computer room, and then there are the extras associated with the time of the year.  Given all the changes it will probably be next year before I get back to a new normal.  The only thing I haven’t done is get new cameras or lenses.

I was running an errand when the guy in the above image pulled into the parking lot.  It made me feel like it was the good old days back in West Virginia.  The so-called, “good old days” really weren’t, and if you think they were, they are gone and never to be recovered.  We have to change with the times.