The two smallest cameras that I currently have are the Apple iPhone 6 and the Olympus TG-4.  For this test, I used jpeg images from the iPhone and raw files and LR6 for the TG-4 images.  I imported all of the images into LR6 but only used it to balance the whites and blacks for the first comparisons.

In these first images, I took both at the wide focal lengths, and didn’t attempt to match the images.  Note that you can see the iPhone in the image made by the TG-4 and the TG-4 in the images made with the iPhone 6.  I noted little in the way of significant differences. 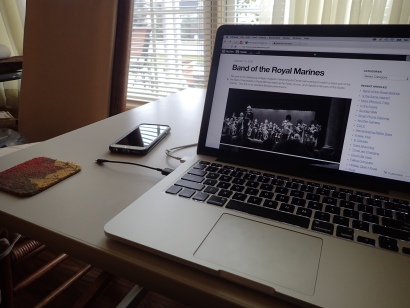 Since the iPhone images were jpegs and the TG-4’s images were taken as raw files and then converted to jpegs in LR6, I was curious as to how much I could tweak the two different images.  For the following test, I converted both to B&W, used a tone curve for strong contrast, shifted the clarity slider to +100, and matched white and black limits in the histograms.  I chose this adjustment since it is something I often do for my B&W images.

Why am I looking at these results?  Those of you who have followed my blog for several years know that I have been trying to go as small and light as I can with my cameras while keeping image quality (IQ) as high as I like.  I have been surprised by the IQ of small sensor cameras as long as the spread between the brightest and darkest parts of the scene are not too great.  Knowing this, I have often attempted to limit my photography to situations that best fit my cameras, but I can’t always rely upon being able to do that.  That is why my main camera is my Fujifilm X-T1.

I would still like to find an affordable small camera that I can use when I don’t, or can’t, use the X-T1 and lenses.  Most of the weight and size is in the lenses, so this means I would need a smaller sensor to get a smaller size pocket camera.  The iPhone and TG-4 that I used above have similar size sensors and the lenses do not extend, but the TG-4 has a zoom lens whose IQ and speed drops at the longer focal lengths.  For events like at the theater, is there a better affordable small camera with a zoom lens or enough pixels that I can crop-zoom, that is somewhere in between the cameras that I have?  I haven’t decided yet.

In addition to finding a camera that at least fits in a jacket pocket and that has good enough IQ, there is another factor.  I hate being at events and seeing a bunch of smartphone cameras being held up to take pictures with the lit-up LCD shining in everyone’s eyes.  In addition, one can not be very discreet when photographing in that manner.  For these reasons, I would also like a camera that has a viewfinder with an LCD that can be turned off when I’m taking pictures, but I’m not sure that this is a necessity.  If the camera has a good tilting LCD it might be a sufficient compromise, at least under some conditions.

For the fun of it, I later took a similar picture using my X-T1 with the 35 mm lens at an aperture of 11 and ISO of 4000. With no tweaking in LR other than white & black clipping and WB.  I often warm up the WB of the Fuji cameras since their default is a little bluer than I like or other cameras produce. 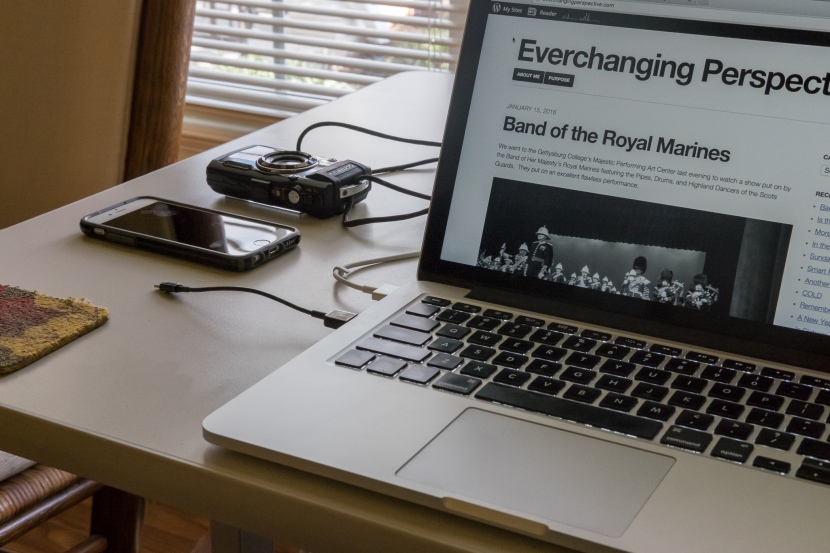 My conclusion so far is to use the X-T1 as much as possible and to not use my small cameras except when necessary.  That also means I need to be less lazy and carry the X-T1 and lenses to more places; but I can’t slip it in a pocket with a long lens when going to a theater.  I will keep looking for a small camera with a zoom lens with better IQ than with my current small cameras that will also fit in a jacket pocket.  I do have a great camera with the X-T1 and if I only use the 27 mm pancake lens, it can fit in a large jacket pocket, but it is heavy enough that I rarely have a sturdy enough, large enough, pocket to put it in.