On July 25, 2018 we had a flash flood at Homewood at Plum Creek.  I took the following pictures from my car while it was still raining, close to the peak of the high water.  The pictures were taken from Morning Glory Drive looking south across Little Bridge Road towards the golf course in the distance.  The water poured off of the golf course, across the road, and on down across part of Homewood on its way to Plum Creek.

I chose this set of images for my reminder since many at Plum Creek didn’t see this part of the flood.  Notably, this area is not in the flood plain and is the area in which the water was closest to any residences and actually got inside some of the Villas east of the one shown.

Note how high the water was in the first picture … up to the base of the white post out from the corner of the Villa.  In the second picture you can see how the water poured onto Homewood and washed out some of the landscaping.  The water was over the culverts under Morning Glory Road on the intake side and they could not move the water under Morning Glory road fast enough.  One might come to the conclusion that the culverts were undersized for this much water, but this might not be true depending upon how much the blockage inside the culverts affected the flow. 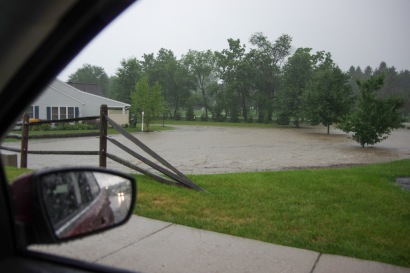 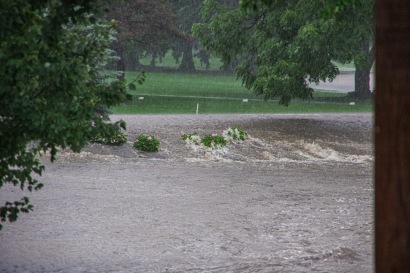 I took the following pictures on 15 July 2019, almost a year later.  You can see the repaired landscape area.  Maybe that white sign should be a high-water gage for the next flood with the floodplain extended beyond Morning Glory and Little Bridge Roads. 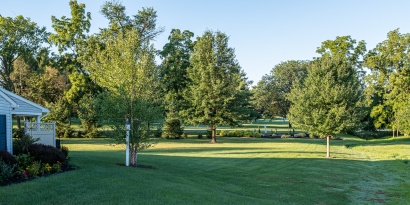 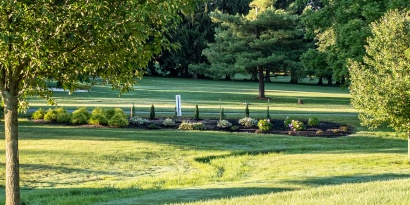 The passage of time, rust, and the flood also damaged the culvert under Morning Glory Road. I made the following pictures after the water had receded.  You can see that one culvert was partially blocked by debris and the middle culvert had partially collapsed and created a sink hole above it next to the sidewalk. 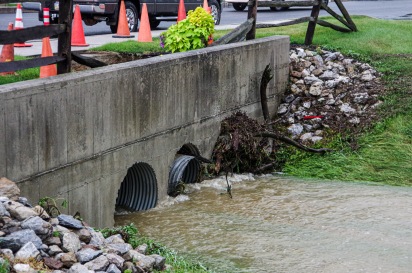 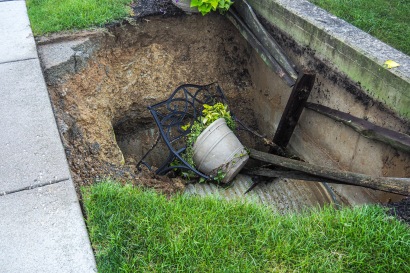 The relined culvert pictures are shown below.  The Villa on your right side of the next picture (next to the culvert liners) is the same Villa shown in the previous pictures.  The impact of the 30% smaller lined culverts is yet to play out if/when we have the next flood. 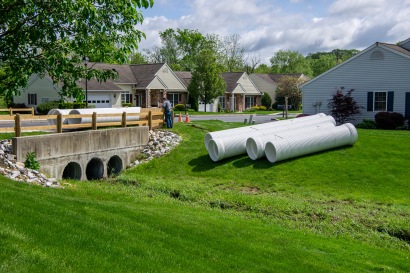 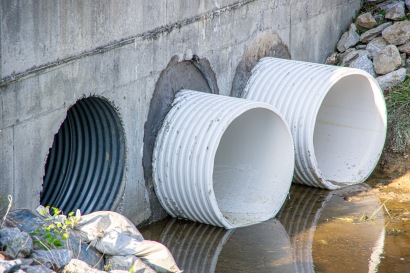 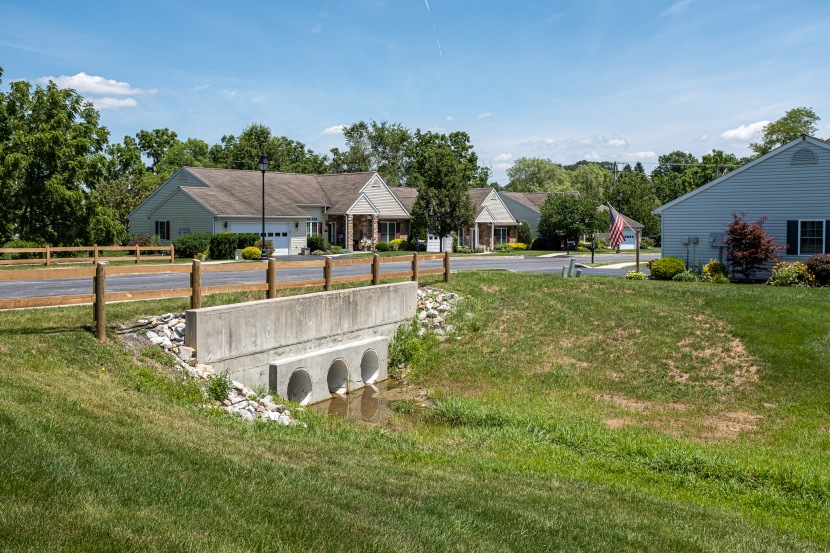