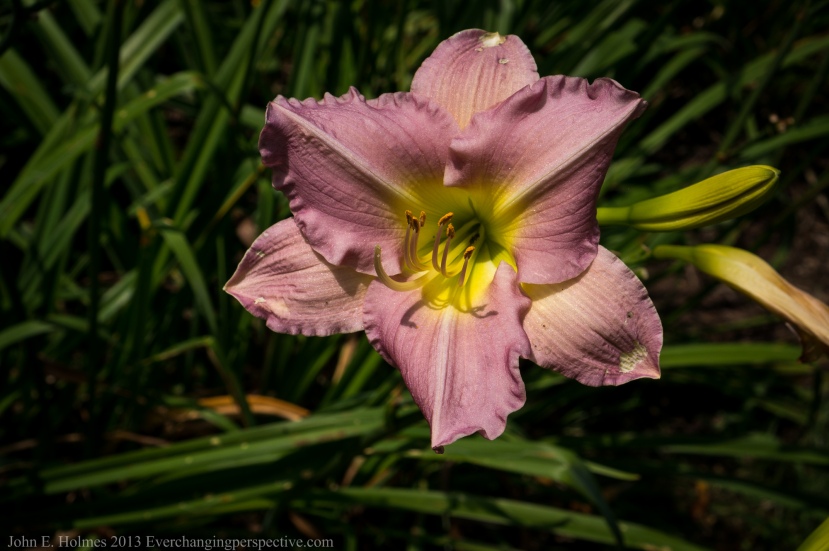 One of the schemes that I have in mind, if necessary, is to do a lot more crop-zooming when using just prime lenses.  I took the above picture with the Sony NEX-6 camera and the Sony 35mm f/1.8 lens.  This picture was taken at close to optimum conditions for a hand-held picture … ISO = 100, f/9, and 1/400 sec.

I then used this picture for a one-time, single-condition test.  The original picture above was 4912 x 3264 pixels.  For this demonstration, I then down-sized it to 2000 x 1329 at 96 pixels per inch with LR5 software.  That is a standard downsizing that I almost always use for displaying pictures in this blog.  You can click on the picture to get it into a stand-alone image and then click on 2000 x 1329 above the image, and then click on it again if necessary with your monitor, to see it at the 2000 x 1329 size.  So far, you are looking at an image like I always show.

For the next step I made a virtual copy of the picture and then crop-zoomed it down to a tad above 100%.  That image ended up being 1214 x 807 pixels which is smaller than I normally go.  That is equivalent to reducing a 16 MP image to about 1 MP.  In the past when I crop-zoomed, I normally never went down any smaller than 2000 x whatever.  I limit the longest edge of my pictures to no smaller than 2000 pixels for display in my blog.

For today’s test I then up-sized the close-to 100% crop using LR5 to increase it to a dimension of 2000 x  1329 pixels.  You are looking at the result below.  As mentioned above, you can click on it and then select to show it on your screen in that 2000 x 1329 size.  What do you think?  It’s not as good but is surprisingly good considering what I did to the image. 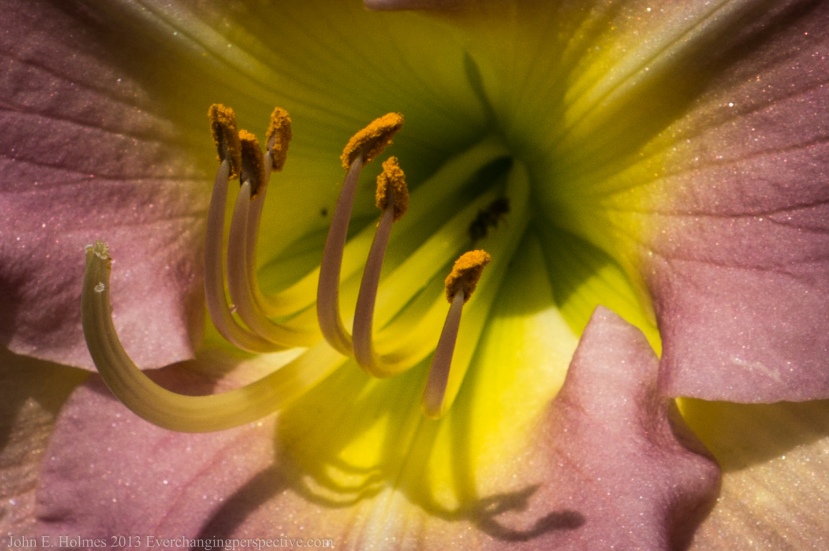 I hope not to do this often in the future but I wanted to see what would happen if I had to do it to get the picture I wanted to show.

My desire is to finally end up with a good camera with more megapixels so I don’t have to torture them as much.  I will also investigate some better software for re-sizing if it is necessary.  Being able to re-size in this fashion is dependent upon having a good lens and that is always an unknown until you try to use it in this manner.  I think that both the Sony 35mm f/1.8 and the Sony 50mm f/1.8 lenses, in an E-mount for NEX cameras, are probably good enough for web use.

I wish the above was an all-seeing eye that could look into the future, but it’s only a small shell we found in Ireland.  For looking into the future I can only look at current trends in conjunction with the changes in the environment, and I include all aspects under the environmental umbrella.  Those aspects include everything from political, to natural resources, to fiscal, to climate, etc. … including declining physical abilities as we age.

For cameras in general, I expect that we will see the size of sensors grow with the demise of very small sensors in P&S cameras.  The cell phones will use the smallest sensors and replace most of the small P&S cameras.  I expect to see larger sensors placed into smaller cameras, but I don’t see the size of cameras dropping much, if any more, due to ergonomics.  The 1 inch to micro 4/3 sensors will be the new smallest size sensors in cameras with the APS size sensors taking over in the small to medium size cameras and eventually the so-called full frame sensors growing in number in the better equipped cameras.  I also think that the low-priced entry-level DSLR cameras like the Nikon D3200 and the Canon Rebels will be displaced with smaller mirror-less cameras as prices of mirror-less cameras drop with volume sales.

The biggest change that I think we will be seeing will be the continuing computerization of cameras.  They will become (now are) small computers with no moving mechanical parts other than lens components.  The shutters, focus, and zoom mechanisms will be all-electric.  The biggest change will be in the on-board processors.  They will become more like general purpose computers in the sense that we will be choosing functions by acquiring software and loading it on our cameras.  As the cameras have fewer mechanical parts we will update our cameras by updating the software in them.  This could enable us to keep our cameras longer with less need to replace the camera, but we will have to wait and see how the manufacturers react to this possibility.

Another change that has been evolving is the shrinking of lenses.  I originally switched from an APS DSLR to micro 4/3 cameras since in addition to the cameras being smaller and lighter, the lenses were a lot smaller and this resulted in smaller, lighter systems to carry around.  Now the APS size sensor cameras are also getting slightly smaller and lighter lenses since the cameras are mirror-less and are using electric motors to control focusing and zooming and not the older mechanical systems.

My decision is to decide how, and when, I will react to the above.  I have no doubts that my Pentax K-5 DSLR and its’ lens system is going to become the dinosaur of cameras.  It will grow heavier, relatively speaking, as I get older and it is probably the last of the old style mechanical cameras that I will purchase; but, for now it does a good job.  If you have read my blog for any time, you also know that I have had a desire to reduce the number of my cameras to one so that I can better learn and use it without having to remember and think about the differences in controls and settings, etc.  At one time I thought that micro 4/3 cameras were the solution for me … until I had problems with the size, control layouts, etc. and I started to have doubts about the sensor size relative to future capabilities.  All of this leads me to thinking about another solution … another camera.

I’m thinking about switching to Sony cameras.  Given my beliefs about the computerization of the camera, I’m thinking that going with Sony might be the best technical and most economical direction.  Besides, almost all the camera manufacturers are now using Sony sensors … from Olympus to Nikon to Leica.  The Sony NEX-6 has an APS size sensor packaged in a camera about the same size as my previous micro 4/3 cameras and the ergonomics with the hand grip and controls looks like it might fit my needs better.  Up to now Sony’s downfall with their cameras has been the size, quality, and quantity of available lenses.  Recently they have rectified this problem and other third parties have started producing lenses in their E-mount, so I don’t think this will be a problem going forward.

My big problem is that no one near where I live carries the camera so I have to order one to see how it works in my hands.  I will also have to wait until I see some reviews of the camera after it starts shipping, which probably won’t be until Nov. before I make up my mind.  Hopefully I’ll have an answer by late Nov. since I have my order in for the Sony NEX-6 camera so I can try it.