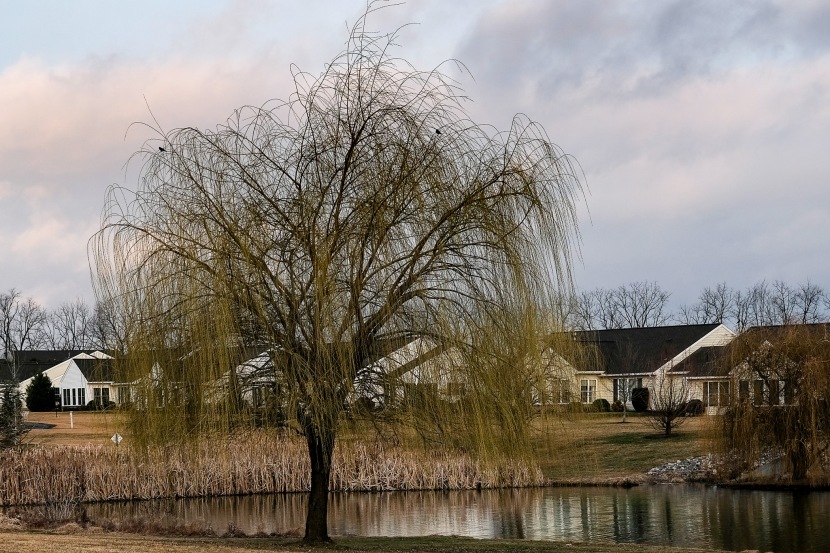 I took these pictures on the 25th of February 2017.  You can see that some of the trees were already starting to get green.  Even this weeping willow is early this year.  I was reading that the entire southeast of the U.S. is having an early spring … some 22 days earlier than normal.  Now I’m worrying about what summer might be like.

Later in the afternoon at 2:46 pm it got dark and we had a “summer” thunderstorm with hail, some as large as a quarter. 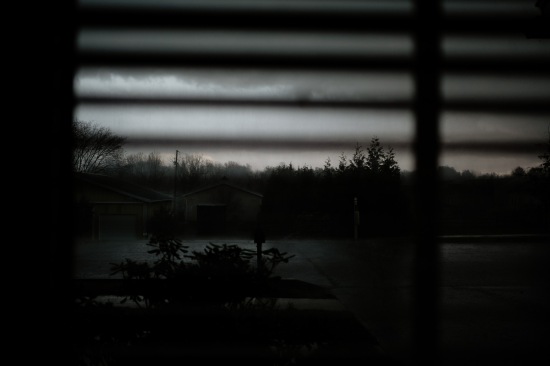 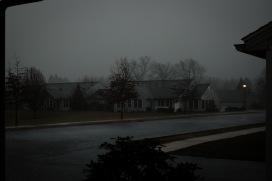 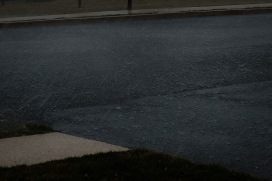 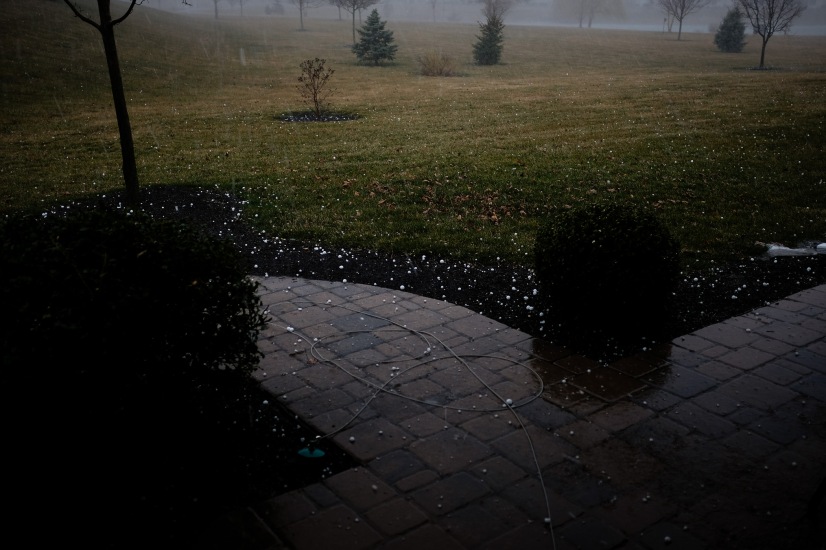 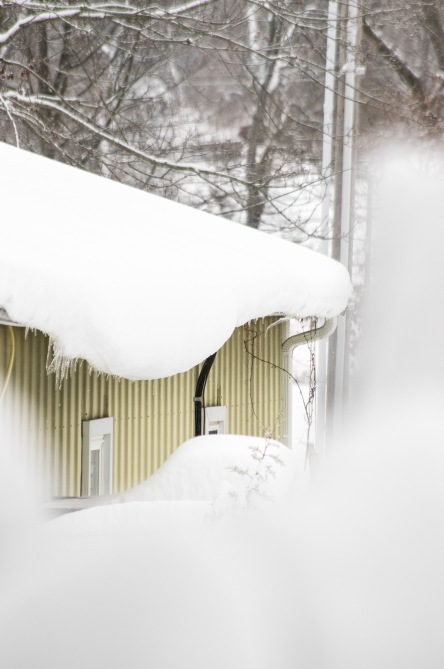 On 7 March, AccuWeather.com said that the actual low temperature at Hanover, PA, USA was minus 12 degrees F and was a record low.  On the 9th of March the high temperature was 56 degrees F.

I think that the wild swings in weather that we are seeing around the globe will be the big surprises to most people who seem to not have an appreciation for the effects of slight increases in the earth’s average temperature.

If you look closely at the full size image, you can see many, many geese, mostly on the land.  That is usually a sign that winter has arrived.  It is also a signal to not use that path anymore this year.

This morning the temperature was 20 degrees with a forecast for tomorrow morning of only 16 degrees.  It looks like we are setting a daily record for low temperatures today and our high temperature forecast is for 10 degrees below January’s average high.  It is looking like the wild weather swings as a result of the overall global climate changes could get wicked. 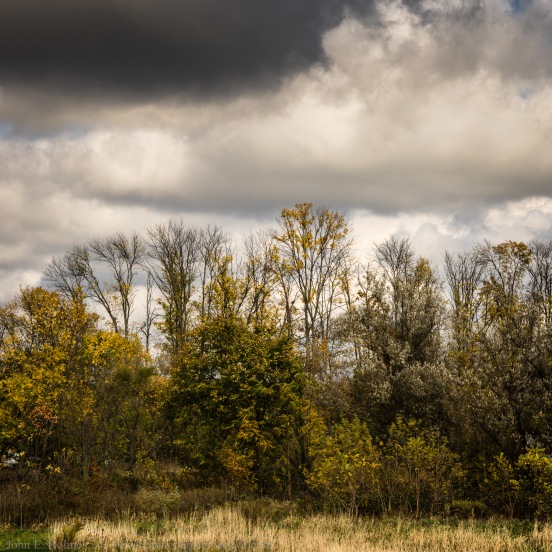 I don’t mean a weather storm.  I am more concerned from an economical, financial, climate, social, political, or religious fundamentalist perspective; but primarily from some combination of these factors. 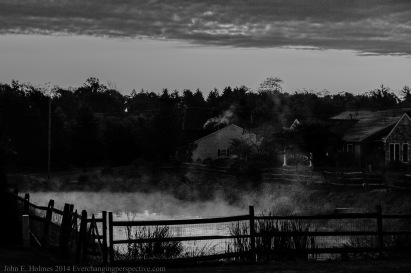 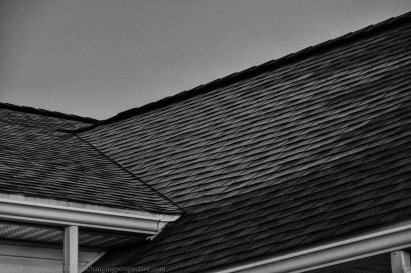 It was pre-dawn and the temperature was 38 degrees F. this morning when I took the above pictures … the lowest temperature since before summer.  There was even some frost on the roof-tops. 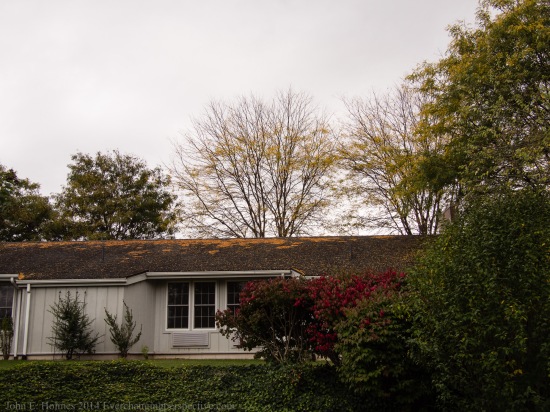 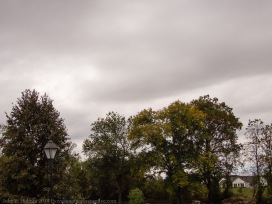 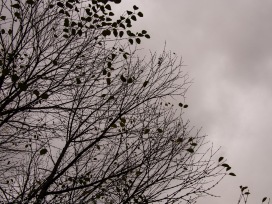 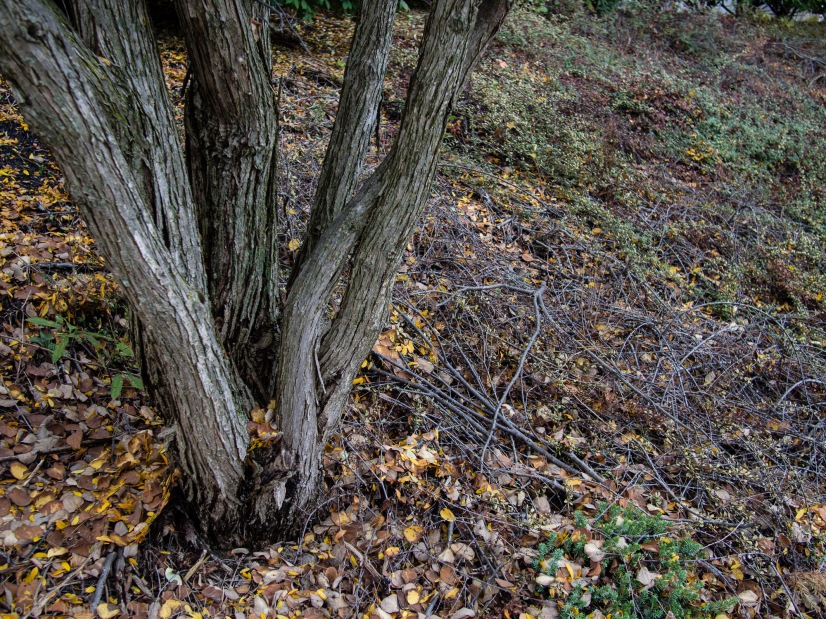 Our power was out for about an hour so I took a walk to check out my latest ideas for walking with a camera.  I decided to post these pictures if for no other reason than to document the kind of day it was.  These kind of posts may become the norm for me just to document the weather, etc.

It wasn’t a quiet day around the main buildings since the emergency generators were all running to generate some power for them.  Those of us living in the independent Villas don’t benefit from them.  We have no backup systems.  I heard a few neighbors talking about the power outage.  I wonder what we would do if the power goes out for a week in the cold of winter.  At least then we could put the food from our freezers outside to keep them frozen, but we might be as frozen as the food since we wouldn’t have any heat. 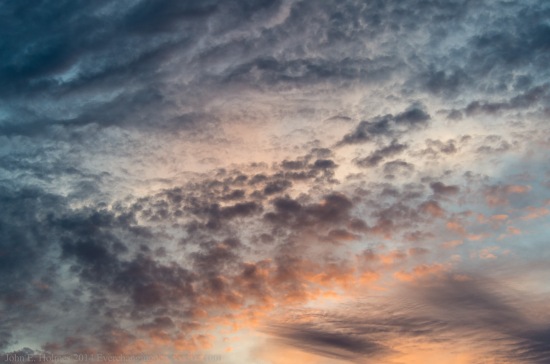 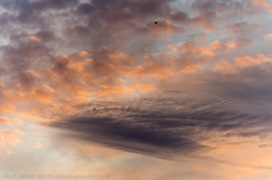 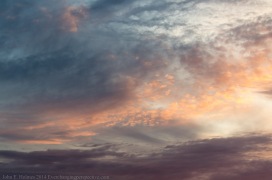 Yesterday started off with nice color but by noon it was gray, dreary, and raining.  Then the following is how it looked in the evening right before it rained again. 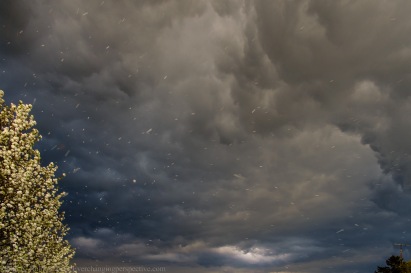 Then it was followed by a rainbow. 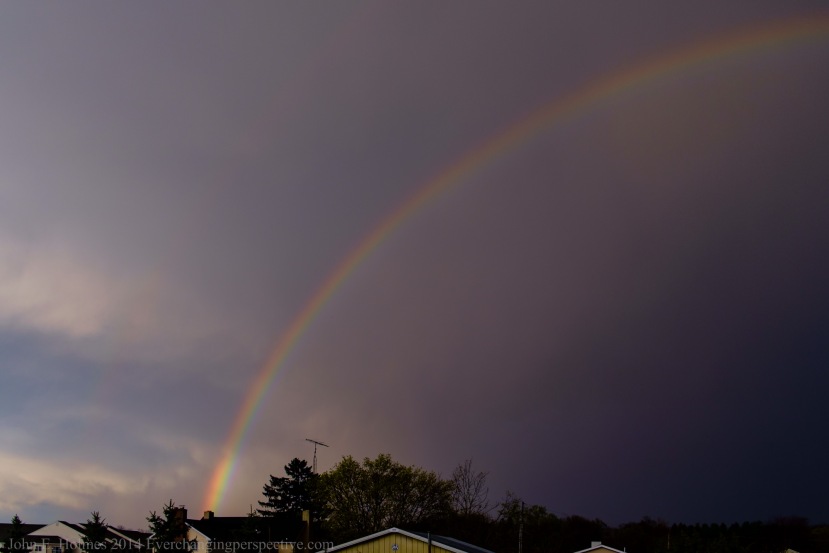 I often like to capture one image that depicts the mood of the day.  I am pretty sure that the above picture will be it for today.  It is raining with wind and temperatures in the 40s.  It is a gray blustery wet day.  Hopefully it will be the last day of our winter with warmer temperatures returning.

I have continued to take pictures each day even if I haven’t been posting them while I have displayed older pictures in B&W; but most of my current pictures aren’t really post worthy.  I have mainly been using this time to practice some different techniques and to think about what I might photograph in the future. 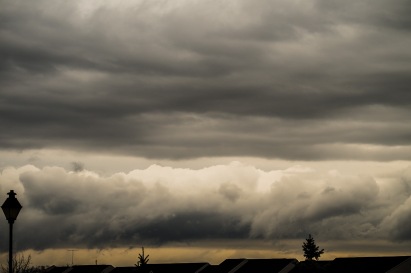 The weather extremes have been a little unusual going into winter.  It has been hot, cold, snow, warm, rain … whipping back and forth, day by day.  The weather gods seem a little disturbed, but it is probably the way we have mistreated the atmosphere. 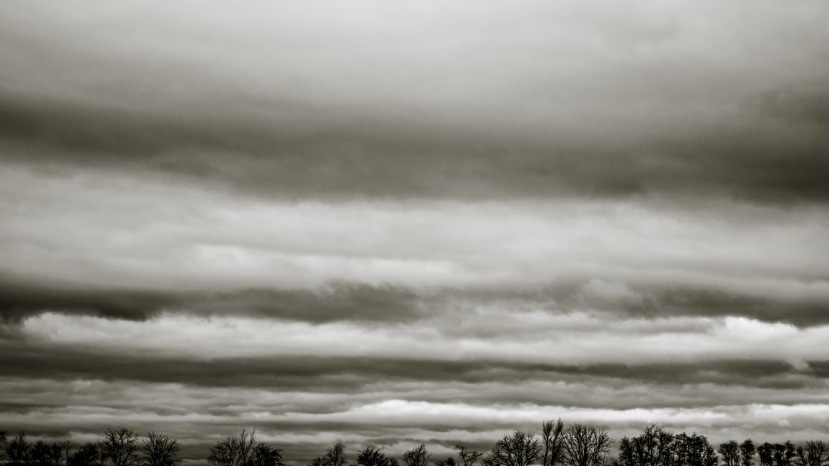 We are still having a lot of dark and dreary weather, but at least we have power, light, and heat which is more than a lot of folks have.  I think that many are now realizing how bad it can be after storms like Sandy hit populated areas.  I can’t think of anything worse than being in a high-rise building with no power, no heat, no light, and no warm food.  I shudder to think how it would be if a real bad one hits the east coast of the U.S. around or near New Jersey and New York.  Don’t forget that Sandy wasn’t even a category one when it hit the shore.  What if it had been a category 5?

It seems to me that these storms are creating more and more damage as the years flow by.  This is due to a number of factors like greater density of buildings on the shore lines, rising sea levels, and other effects of global climate changes.  To me it seems that the rational thing to do would be to stop construction along the shores … don’t allow rebuilding destroyed buildings.  At least stop subsidizing such construction; and I would include all construction in flood plains along with subsidized flood insurance and relief efforts if people insist on living in such areas.  It is long past being rational about stopping global climate change.  It is too late.  We need to now start putting all of our effort toward not making it worse and adapting to survive the coming changes.

But I realize that people are not rational when it comes to thinking about the future so I expect to see a lot of real dark and dreary days ahead, in more ways that just my views of the weather. The economic and social impacts of coming changes are going to get worse.